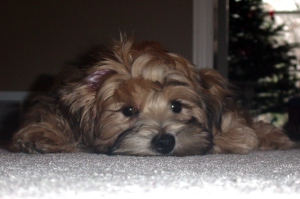 It’s strange how humans let resentments build. My dog, Eddie, appears not to do this at all. He’s a master forgetter. He spends a lot of time inconveniently underfoot which means he gets stepped on every now and then. He yelps, limps around for about 6 seconds, then looks up as if nothing happened with his eyebrows raised in that can-we-play-now? look. It’s good for our relationship that he literally cannot harbor resentments.

So the curse of a memory system better than Eddie’s is that humans can and do hold grudges. Our superior memory give us the insane ability to part ways for life over disputes about an inheritance. Aren’t we the advanced ones, now? 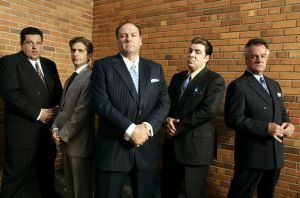 The guys who made ‘fuggedaboudit” famous. Tony Soprano and the cast of the Sopranos. via digitalspy.com

Minor psychic injuries and over-reaction to them are both so common that the phrase, “Hey, buddy, just forget about it” has its own contraction. And the advice is usually spot on. There isn’t enough time in a day to seek retribution for the dozens of tiny injustices we encounter.

Forgetting is natural. How many details can you remember from this day, one year ago? Without replay and rehearsal, most of today’s tiny injuries will heal very well and are best forgotten. It takes effort to nurse a grudge.

Intentional psychic injuries hit harder than accidental slights, and simple forgetting may not be applicable or appropriate. “Consider the source” is a useful reminder to deflect others’ not accidental threats and judgments.

At a fast-food stop on a family road trip, one of our Sudanese foster children casually mentioned that someone had tried to run him over in the parking lot. He had to duck between two parked cars to avoid being hit.

This son has strikingly beautiful, dark skin and we had stopped in a town rumored to have an element of intolerance. My blood began to boil thinking that someone was so unkind as to threaten a kid with grave injury.

“Are you sure he was trying to run you down?” I asked. (See how important the intention thing is when you’re trying to figure out just how upset you want to get?)

“Yeah, the guy drove around the building and did it a second time.” He laughed.

“Are you okay? You don’t seem upset.”

My son looked at me like I was absolutely crazy. “Why should I feel bad that he’s so stupid?” 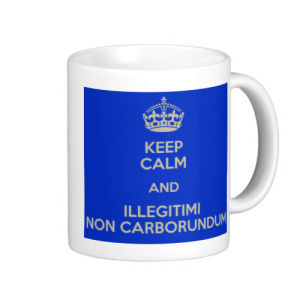 Keep calm and don’t let the illegitimate ones grind you down. Via http://www.keepcalm-o-matic.co.uk/p/keep-calm-and-illegitimi-non-carborundum-12/

The notion that the people and events around us should inform our self-esteem or ruin our mood is slightly crazy at best. ‘Consider the source’ can be a brilliant method to avoid internalizing threatened or implied injury, if not harder than it sounds.

Illegitimi non carborundum is a pseudo-Latin phrase that translates to “don’t let the bastards grind you down.” Sandra Boynton has a more light-hearted version that has helped me numerous times: Don’t let the turkeys get you down. That advice is central to how my wife has put up with me for 33 years.

This brings us to the hardest skill. Forgetting and deflecting are healthy resolutions for small injuries and threats, but not the ones that inflict lasting pain. Forgiveness is the alternative to bitterness for the deepest hurts that cannot be simply forgotten or deflected.

Forgiveness is also complex enough that I’ll be saving it for my next blog post. But before we close this post, a word about why all this is in a blog about ADHD.

Everything I know about forgiveness, I’ve learned since starting treatment for ADHD. I’ve always been too excellent at forgetting, and terrible at forgiving.  Prior to treatment, I though forgiving meant repeated forgetting which does no more than a band-aid does for a deep infection.

I’m not saying that people with ADHD can’t forgive.  Just that I couldn’t.  More on that next time…

5 comments on “Forgiveness – the Forgetting Part”